Home > Attendants > Wedding Attendants - Mother and Father of the Groom 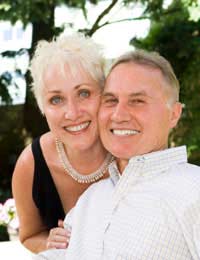 Traditionally, the most important guests at a wedding were the mother and father of the groom. Because marriage was a way to increase your social status and wealth, those who fathered female children would set about making a ‘good match’ for their daughter, if possible with a family whose wealth and reputation outweighed theirs. They would usually pay for the privilege of having their daughters married off to wealthy, often much older men – meaning that when the nuptials took place the family with the higher status would be treated as the star attraction.

In modern times, things have changed. More and more couples pay for their own weddings now as the average age for first-time marriage rises. However, regardless of who pays for the wedding, the groom’s parents are always going to be important guests, as they represent the acceptance of the bride into her new family.

Traditionally there are no roles that the groom's parents are expected to undertake. As above, the bride's parents were expected to pay for the wedding, but in modern times the groom's parents often offer to make a financial contribution, although the bride's family may not accept it. They can also offer to pay for individual things such as hire or purchase of the suits or tuxedos that the groom's party will wear, providing the music for the evening reception or the catering menu for the afternoon reception. They should be included in the wedding planning and pre-wedding plans as much as possible, as the marriage of their son will mean a big change in their lives too – so it’s best to get off to the best possible start!

Seating at the Venue

When they arrive at the venue, traditionally they will be seated at the front on the right hand side.

After the service, when the rings have been exchanged and the photographs are being taken, there are usually a series of photographs which include:

There are likely to be many more combinations, including siblings, grandparents, uncles, aunts, cousins, friends. In years to come the wedding photographs will be one of the best reminders of the day, so it's important to take the time to get them right and choose your photographer wisely.

Heading to the Reception

If there is an afternoon reception after the service, it's traditional for the bride and groom to leave the venue of the service first, followed quickly by both sets of parents.

The guests who follow will then arrive at the reception to be greeted by the receiving line - historically the bride's parents would be at the front - because they paid for the celebrations, followed by the happy couple and the groom's parents. Nowadays it is quite common for the bride's parents and the groom's parents to meet and greet the guests together - as it shows unity and they may have shared the cost of the wedding. The ushers will meet the guests and introduce each one to whoever is greeting.

Seating at the Reception

Help on the day

Sometimes the groom’s mother can feel a bit like a spare part, and want to help out but not know what to do. If you know she has a good ear for music, ask her to help you choose some classical pieces to be played in the background as people eat. If she's good with crafts, ask for her help in making the favours. It's important that she feel needed and involved as she may feel like she's not needed anymore, now her son has a new woman to care for him.

It’s a good idea to approach her beforehand and ask if she would like a job, or if she’s happy just enjoying the day. If she wants to do something, entrust her with the care of the more elderly members of the party. An older female will often be able to put them at ease and keep things running smoothly. Make sure she lets them know that they may leave before the bride and groom and it won’t cause any offence – in more formal settings, it is a breach of wedding etiquette to leave before the newlyweds – but with modern evening receptions going on until the early hours, older guests may find it hard to hang on until the very end!

The Perfect Wedding Outfit For Guests